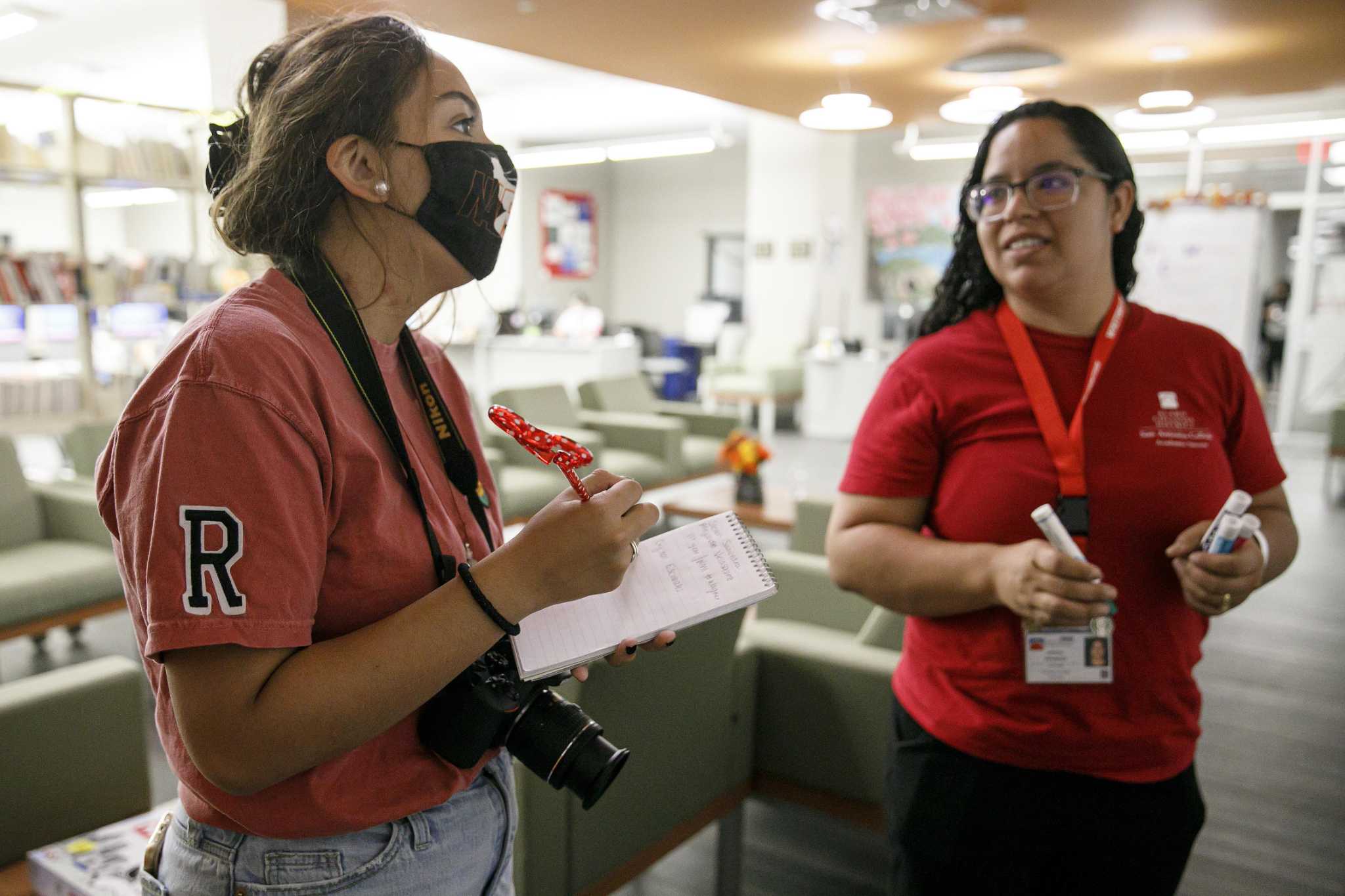 Computers line the walls of Room 212 inside Gonzales Hall at San Antonio College, where Sergio Medina runs The Ranger, the student news organization that is set to cease operations in December after 95 years.

A day after telling the story of the upcoming shutdown, Medina sat in the middle of the nearly empty classroom, sporting the Ranger’s Class of 2020 t-shirt and called the administrators to determine the rest of the post. and the program that had given him a home.

As editor-in-chief, Medina and a declining number of student journalists carry on a campus tradition admired for decades for its seriousness and credibility. But in a college district that has grown rapidly in recent years, SAC’s journalism program has been scaled back. Budget cuts had already forced the weekly to go fully online in 2019.

â€œYou get an experience here that you would expect in a university (four years),â€ Medina said. “And you don’t just work for a grade, because when you come here you are doing a benefit, a service, to the college community and around it … so you feel like you are a part of something. bigger.”

The Ranger is a “lab” publication, a product of the courses taught in the SAC Journalism and Photography program. Administrators haven’t said the program will end, exactly, but time is running out.

Program Coordinator Marianne Odom and the only two full-time journalism faculties, Irene Abrego and Edmund Lo, will be retiring at the end of the fall semester. No replacement has been appointed.

SAC President Robert Vela was not available for an interview this week. In a statement prepared on Tuesday, he said the university had started exploring ways to “make student journalism thrive on our campus.”

â€œThe intention is that it remains an essential part of the total learning experience at SAC,â€ said Vela.

Alamo Colleges Chancellor Mike Flores offered more details in an email to San Antonio Hispanic Journalists Association president Laura Garcia on Thursday after the group released a statement saying its Members were heartbroken because the SAC program â€œhas long provided an entry point for students of color and those with limited financial means to enter the industry.

The future could involve the merger of the five colleges in the district into a student media lab in the Alamo Colleges District, Flores said, where students can explore careers in print, broadcasting, broadcast media. radio and digital journalism.

â€œAs The Ranger transitions to San Antonio College, Alamo Colleges District Leadership is reinventing a student journalism experience fueled by the strengths of each of our five colleges, supported by faculty, staff and professionals. industry, and open to students from any of Alamo’s colleges, â€said Flores.

Garcia, a healthcare reporter for the Express-News, began her career at The Ranger in 2005, where she worked as a writer – spending hours in the student newsroom with classmates and staff who were like family – before moving to the state of Texas. University.

Odom, who has been teaching full-time at the college since 1990, said she was excited to hear that there may be a plan to keep the journalism program alive at SAC. Significant headwinds were already making things difficult, starting with a push into community colleges to get students to graduate quickly.

Responsible for preparing most of the students for transfer to a four-year college, “they don’t really want them hanging around with a lot of contact hours,” Odom said. “What’s not a bad thing, it’s just that they don’t spend that much time taking journalism classes.”

A few years ago, the Texas Higher Education Coordinating Board removed a list of journalism courses for which transfer students could earn credits at a four-year institution, prompting students to limit their exposure to those courses in community colleges if they were on that career path, Odom said.

As a result, enrollment in advanced journalism courses at SAC has been declining since 2019, and The Ranger has had smaller pools of these students to run things and help guide less experienced students through introductory courses in the classroom. writing news.

But even after going digital, the post landed among the top 100 student media in the country by Collegiate Media.

Medina, 28, said he graduated as an associate in 2018 and “stayed, because I knew the resources they were offering here would benefit me in the long run.”

He continued to enroll in classes, work as an editor for a small stipend, and notice the changes.

In 2018, Medina was one of ten publishers. The classes attracted up to 30 students. Today, his team consists of two editors, two full-time photographers and less than 10 students in an introductory photography course. This semester, no media writing course exists to provide additional staff.

Lo, who teaches photography classes, said his advanced classes can only be offered in every other semester, and not at all if there aren’t enough students enrolled. Over the past three years, its classes have grown from 12 to 16 students per semester to just six to nine.

In the past, community colleges were used to help students try their hand at different careers that interested them, Lo said. Some would venture into journalism or photography and discover their own hidden skills and talents, but today “we expect students to come in and out quickly.”

The program launched the careers of journalists working across the country. But it cannot continue to function as it has for almost 100 years. Odom, Lo and Medina said they can only hope administrators understand its value in exposing students to the profession and teaching them how to be good at it.

Garcia always knew she wanted to be a journalist, “but I also knew I couldn’t afford to go to college, not in the traditional way some students have.”

SAC remains “one of the very few community colleges to offer such a well-known journalism program” and was the very first community college to have a student section of the Society of Professional Journalists, Garcia noted, adding, “I think that this speaks to the fact that this is a serious program.

Medina has the feeling journalists get when they see the reverberations of the news they have announced. He hopes this will awaken a sense of urgency among administrators and the community at large about what the journalism program offers.

â€œIt’s too important to just let go,â€ said Medina. â€œWhen you teach people media literacy – because it’s journalism, but at the heart of it really is media literacy – you teach them to be responsible members of society. Because we live in the information age and everything we consume depends on our ability to filter that information. “

Joe Vazquez, a retired television reporter who worked at the Ranger in the mid-1980s before joining the staff of KMOL-TV, now WOAI, and eventually working at news stations in Houston, Philadelphia, and San Francisco , said he had used the lessons he learned at the Ranger “every day for 35 years as a reporter.”

â€œI learned to hold powerful people to accountâ€¦ to deal with hostile interview topics. I learned to balance the stories, including as many sides as possible. I have learned to find and value the good in humanity.

â€œAnd I learned the value of a strong work ethic, often working harder on my story’s deadlines than on my homework,â€ he said. “The disappearance of the Ranger means that another child whose parents could not afford to send him to major colleges is missingâ€¦ It means yet another missed opportunity to tell the whole story of students from the working class of the community. It is a real shame. “