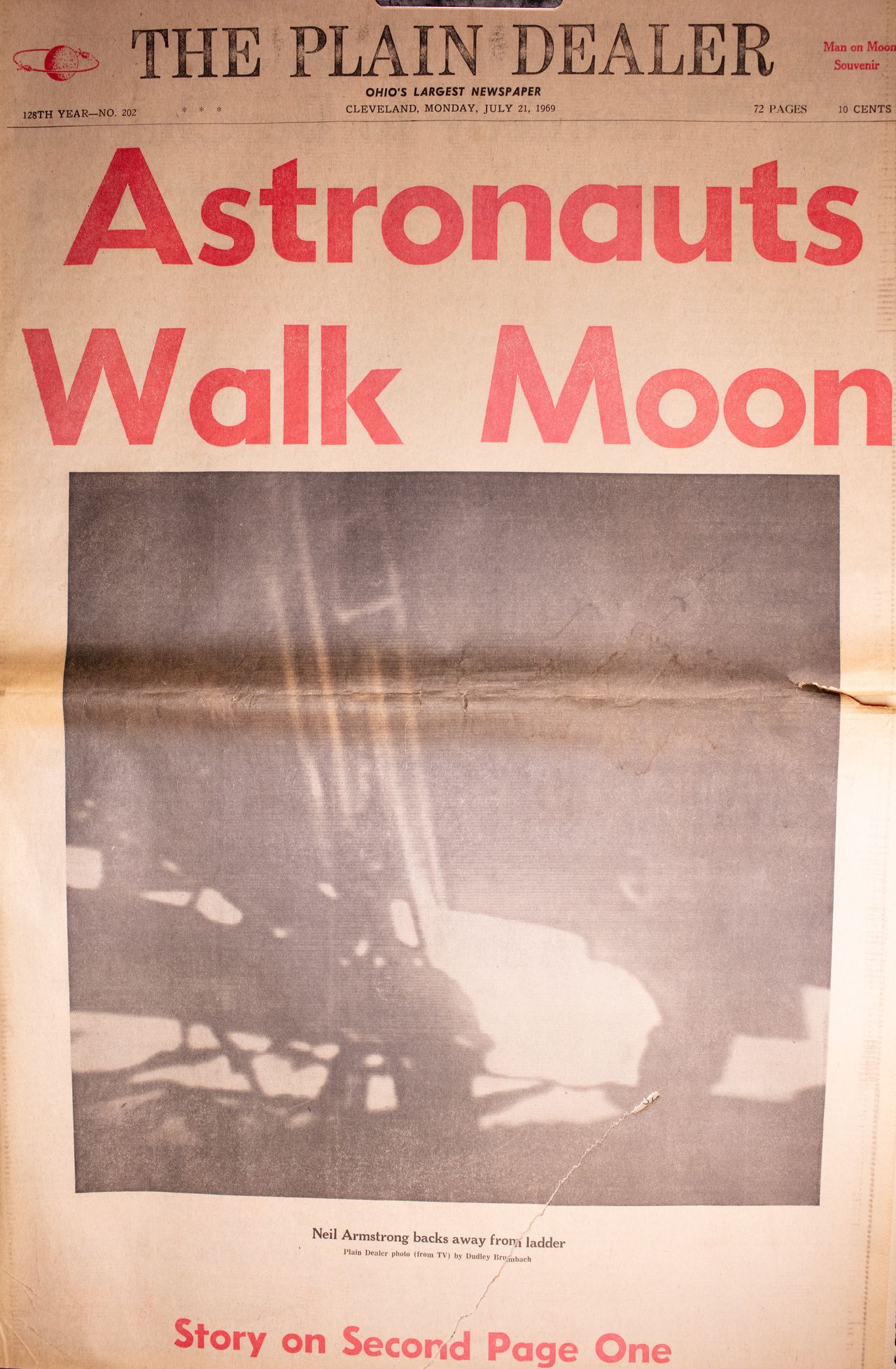 The White Whale of Cleveland Journalism Mistakes, on the Greatest Story of All Time: Letter from the Editor

Let me tell you a story from the newsroom legend of the biggest mistake in the history of Cleveland journalism.

When reporters gather to share a drink and catch up, the conversation often turns to gaffes that have happened over the years. We’re in a business, after all, where we put our work in front of the masses every day, so everyone knows when we’re wrong.

The worst mistakes are overwhelming when they happen, but over the years they become things to laugh about. They’re so awful that over time they become hilarious, because we can’t believe we made them.

For example, a newspaper I worked for ran a huge Sunday magazine cover looking at all aspects of abortion regardless of the calendar.

It was Mother’s Day. Ouch. You can imagine the phone calls.

Shortly after I arrived at The Plain Dealer, we posted a photograph of a statue of Helen Keller with a caption saying she “stared in amazement at a world she couldn’t see.”

But when it comes to blunders in the tradition of Cleveland journalism, one trumps all the others. It’s the great white whale of the bloopers, a bullshit so colossal it sounds like a myth, a blunder so staggering that people don’t believe it.

You will not find it in our archives. It is not recorded in the microfilm. It appears to have been the first edition of the Special Edition published the day after the human species marked its most daring scientific achievement.

When man walked on the moon.

Legend has it that we got it wrong at The Plain Dealer, which we reported: “One small step for me, one giant leap for man.

Yeah, hard to believe. One of the most famous quotes in all of history. How could you be wrong? And where was the proof? If you check the microfilm the day after the moon landing – the late, five-star, presumably corrected edition – the quote is correct.

A former publisher had a copy. It was grainy and washed out, if I remember correctly, but it showed a Plain Dealer page that was misquoted. We all marveled when we saw it, wondering how this could happen, but could it be real, we wondered. Again, the official microfilm record was right.

The explanation was that medical journalist Fraser Kent and science writer William D. McCann, reporting from Mission Control in Houston, received an advance copy from NASA of what the astronauts intended to do. say and have built a story around it. Then no one corrected it based on the actual quote before the special edition was printed. This explanation does not hold water, however. Armstrong’s later accounts of how and when he thought of the quote prove that there was no advance copy from NASA.

If the mistake was made, it was a pure blunder. Who was to blame? Who knows. Proof of error remained elusive.

Until now. I’m here to report that we’ve finally found our white whale. The late Roy Hewitt was the longtime sportswriter of The Plain Dealer, and a few years before his death he was at home cleaning up the wrecks of this that we accumulate over a lifetime. He had a lot of old newspapers, including a pile from Philadelphia, which he knew was near where I grew up. He also remembered that I once had a bunch of old front pages with headlines hanging in my office, including some from Philadelphia. So he came by the office with a big box of his old newspapers and gave them to me.

I think I was in one of those times where I was too busy to think, so I put the box in a file drawer for later review, and they sat there until a week ago . You may have heard that we were moving out of our longtime home on Superior Avenue, so I cleared out the filing cabinets. I finally took the time to go through the old newspapers.

When I saw that one of the older editions was the full Plain Dealer reporting the moonwalk, I got an adrenaline rush. Could it be the elusive proof, I wondered? Or was it the microfilm version? It is a three-star edition, that is to say an early race. Like the five-star edition, the section had a large photo on the front page, then a second cover page with the story. I turned to him, and that was it. The oopsie of all oopsies. You can see the proof in the photo.

I’m sure reporters were mortified by the error. I bet the editors wanted to go climb under the desks in shame. Being the wrong leader in the greatest story of all time is not a legacy that anyone wants.

For us in the newsroom today, however, it’s hilarious. We laugh every time we think about it, and now we have proof that it actually happened. It’s not just a legend. It is a fact.

And that’s comfort. We all make mistakes, and like I said, in the newsroom, ours are pretty public. But no matter how big of a mistake we make today, we have some perspective to feel a little better.

At least we didn’t blow the moonwalk.

RIT alumni foreshadow how technology, arts and design will change the future