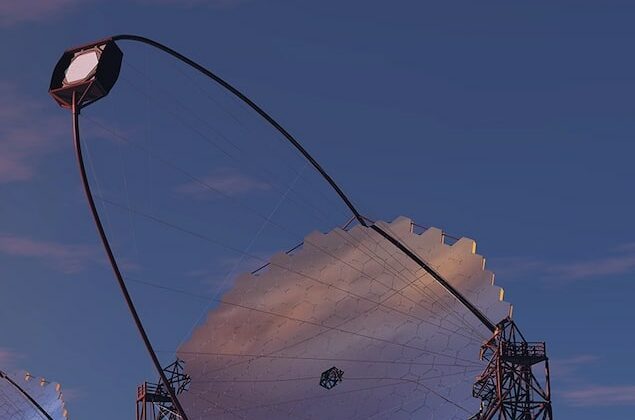 Housed in the institute’s first astronomical observatory, Tokai’s light concentrator will be attached to a large-diameter telescope used in the Cherenkov Telescope Array (CTA) project, one of the largest gamma-ray observatories in the world.

“The light concentrator developed by Tokai comprises a group of stereoscopic mirrors, an aggregation of about 2000 mirrors, each about 2.5 m in diameter, and is designed to effectively concentrate Cherenkov radiation with a wavelength of 300 to 500 nm,” the lens company said.

Scientists have established that gamma rays have the shortest wavelengths and the greatest energy of all waves in the electromagnetic spectrum.

“Unlike optical light and X-rays, gamma rays cannot be captured and reflected by normal mirrors. The wavelengths of gamma rays are so short that they can travel through space inside the atoms of a detector,” explained the lens company.

Tokai said it was proud of its plastic forming and coating technology, unique for an ophthalmic lens manufacturer.

“The plastic has a nanometer surface finish that is very smooth, and multi-layer films (enhanced aluminum mirrors) made of metal and dielectrics generated by vacuum deposition are formed to achieve high yield. At the same time, Tokai uses its advanced technology to produce the most premium coating for its ophthalmic lenses.