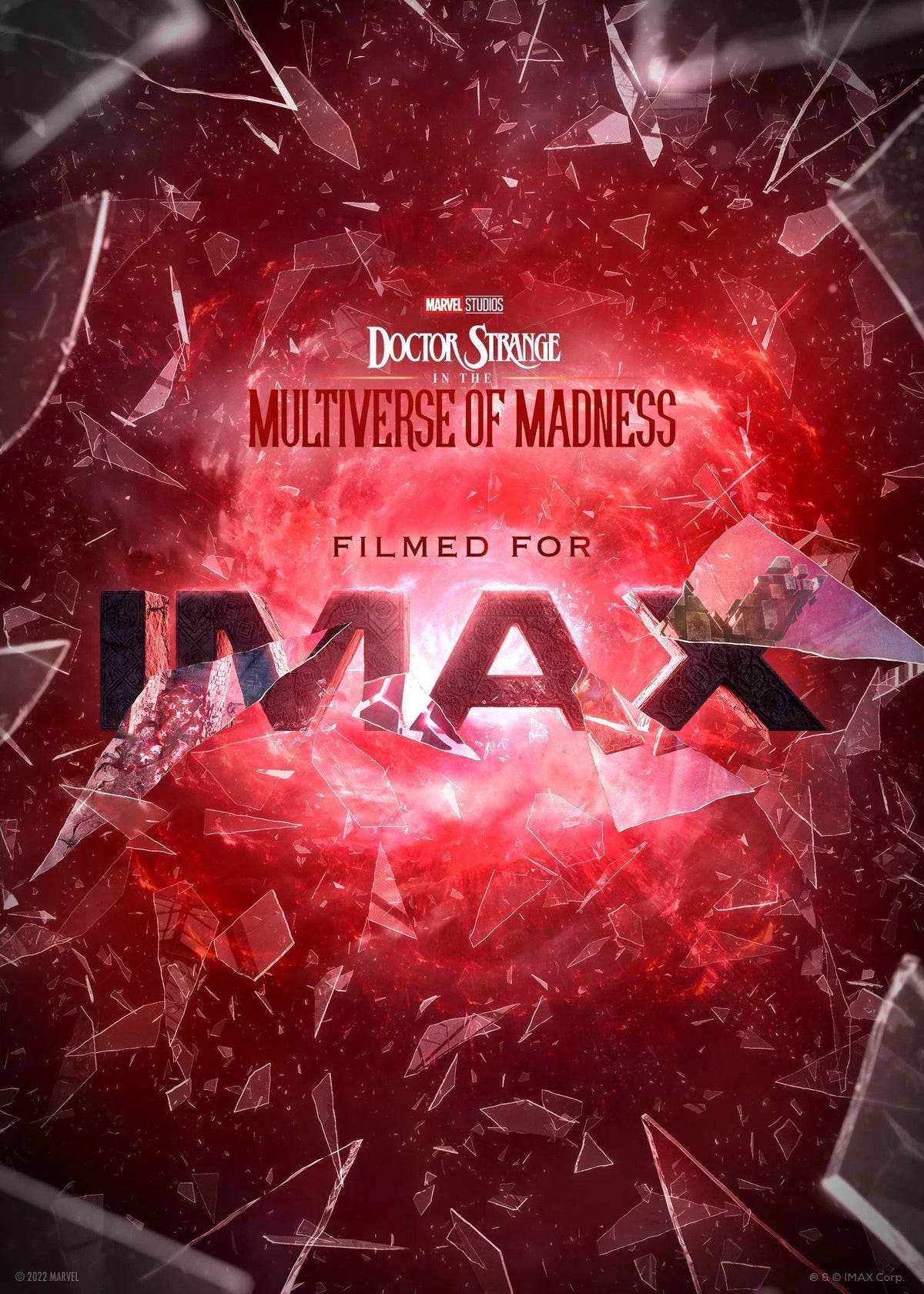 Which format should you choose for Doctor Strange In The Multitude Of Madness A True IMAX Movie?

Later this week, the latest Marvel movie, Doctor Strange in the multitude of follies, (or DSITMOM, as absolutely no one calls it), will hit theaters. Set a few months after the events of Spider-Man: No Coming Homeit’s directed by Sam Raimi, who helped set up all that superhero fun with his hugely successful Spider-Man trilogy between 2002 and 2007.

The good news is that it was filmed using a Panavision Millennium DXL2 camera which is part of IMAX’s “Filmed in IMAX” program, so although it is not a IMAX film, the company is happy to offer the resolution and image capture quality that means it will produce a picture good enough for the extra size of IMAX screens. The Millennium DXL2 captures using an 8K sensor and the lens used is a Sphero 65. On Panavision’s webpage, this is described as offering, “moderate focus with subtle aberrations; layers of blended contrast; pleasing skin tones and rounded blur properties; and classically soft, glamorous imagery. I get comments like this about my occasional iPhone shots, but it still looks impressive. The movie is finished with a 4K digital intermediate, so it should hold its own in the image quality department.

The entire film will be projected in 1.90:1 aspect ratio, filling the screen for all IMAX screens except the huge 1.43:1 aspect ratio screens used in the few theaters that still have projectors IMAX 15/70mm.

Recently I lamented that IMAX seems to have dropped 3D, but for a few showings the film will be shown in IMAX 3D. In the UK this seems to be limited to opening night (Thursday 5and May) so unless you already have tickets, you’re out of luck. This is in stark contrast to how standard IMAX 3D pre-pandemic was for the first week or two before IMAX 2D screenings took over. Now, a 3D projection is a rare thing, especially since home 3D Blu-ray releases also seem to have dried up.

However, with the news just this week that a Avatar 2: The Way of the Water trailer was shown in 3D at Comic-Con in Las Vegas, there’s no doubt that 3D will make quite a comeback when this gargantuan movie hits theaters this Christmas.

Return to multitude of madnessand I would recommend an IMAX projection in 3D or stereoscopic 2D, followed by a Dolby Cinema, which will deliver an even bigger picture and sound thanks to HDR and Dolby Atmos, but without the extended aspect ratio of IMAX.

As an alternative, you can also find Doctor Strange in ScreenX, where an additional image is projected on the sides; 4DX, where the seats move up and down and you’re blown away by air and water, which is actually quite fun, and also Superscreen, which is an extra-wide screen with 4K projection and Dolby Atmos audio.

I’d stay away from any standard screen unless you know it’s a high quality screen – as I found out the hard way recently – if it doesn’t. not a premium screen, the average multiplex experience is poor. Whatever format you see it in, hopefully it maintains the momentum of Spider-Man: No Coming Home in fun stakes.