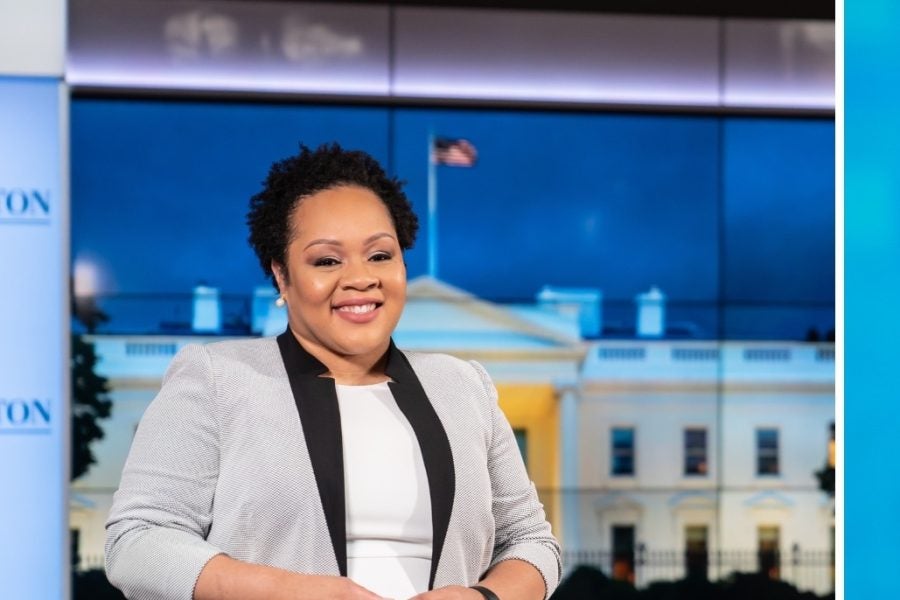 Yamiche Alcindor and Kristen Welker talk about the return of the WHCD, mentorship and the importance of black journalists

After a two-year hiatus due to the coronavirus pandemic, the White House Correspondents’ Association returns with the White House Correspondents’ Dinner. For the public, the WHCD is just a chance for journalists from major news outlets and the political talking heads they see on television to stand out – as much as a black-tie event can allow – with the country’s most beloved and least supportive politicians. Hosted by comedians like Cedric the Entertainer, Wanda Sykes, Larry Wilmore, the roasts are crowd favorites. However, the annual dinner has a more substantial purpose than that.

The WHCA honors distinguished print and broadcast journalists for excellence in comprehensive coverage of the White House and visual journalism covering the President. In the age of so-called “fake news,” celebrating these truth tellers is crucial to our democracy. Here, NBC News’ Yamiche Alcindor and Kristen Welker talk to ESSENCE about the significance of the return of one of DC’s most high-profile events, their respective careers, and the importance of black journalists in the media.

Yamiche Alcindor, 35, former reporter for The New York Times and the 2020 National Black Journalist Association Reporter of the Year is the newest member of NBC News’ Washington team. In the span of 12 years, the American-born Haitian has covered everything from the 2010 earthquake in Haiti, to the Sandy Hook elementary school shooting, to the murder of Trayvon Martin, to the unrest in Ferguson after the murder of Mike Brown, to the demonstrations in Baltimore in response to the murder of Freddie Gray. She previously reported for USA Today and appeared as a contributor for NBC News and MSNBC. She is still the host of Washington Week on PBS.

Alcindor became a journalist because she heard Emmett Till’s name in a Kanye West song. After researching, she realized how civil rights journalists were so essential to the advancement of the civil rights movement.

“Fortunately, we had a vibrant black press that gave us all kinds of information. We had Jet Magazine posting the photo of Emmett Till,” the Georgetown and New York University alumni told ESSENCE.

Alcindor’s desire to become a journalist highlights the importance of the contribution of African Americans to the media and to American history. If not for the gruesome images of Till’s body at his open-air funeral, the brutal reality of the Jim Crow era would not only have stalled the civil rights movement, but would have completely erased it from history. It also emphasizes the disheartening reality of reporting on issues particularly affecting black Americans while existing in a black body.

Although painful, it is necessary.

For this, Alcindor explains how she finds balance: “I find joy and peace in one, recognizing the moments when I do not feel joyful and peaceful and giving myself the time and space to feel what I need to feel.”

She continues, “I’m a huge Oprah fan. And she says the most important thing you can give yourself is time. Journalists, of course, we’re all short on time. We’re all running around making a fuss, but I’ve learned, especially over the last two years, if I’m not feeling well, or just need some time to take a break, then I just do that. . And I understand it.

Fellow Kristen Welker supports the belief in giving oneself grace in the name of care and preservation. Welker says she draws support from her family by getting away from work and spending time with her husband and nine-month-old daughter. She even has her extended family.

“To me, my work crew at NBC is like family,” she told ESSENCE. “I am very lucky to be very close to my colleagues, my teammates. Peter Alexander is my co-chief White House correspondent, but also a dear friend and my co-anchor of Weekend Today. And we have a very unique relationship. And when covering these tough stories, we often look to each other for editorial advice and lean on each other.

Welker, 45, known for her work as co-host of Saturday TODAYThe weekend show, for serving as co-chief White House correspondent for NBC News and for hosting the final 2020 presidential debate, makes its own news, started her career as an intern for TODAY in 1997. Welker also leads the White House Women’s Team at NBC News.

Before joining forces on the same network, coincidentally, Welker and Alcindor both had newsworthy encounters with former President Donald Trump. In 2020, he questioned a direct quote from Trump regarding COVID-19 testing during a White House press briefing. Things soon turned sour. Dodging her questions and talking to her, he said to Alcindor, “Be nice. Don’t be threatening.

“It felt good to have people rallying around me, but I also think I was like, ‘Well, that’s the responsibility that you have, that these people want answers and they have to get them. “” she told ESSENCE. . “Overall, it confirmed for me that journalism needs to be a medium where you really try to hold the most powerful people accountable.”

Alcindor and Welker eagerly await the revival of the WHCD.

This year, guests can expect a new award at the ceremony. The WHCA has announced a lifetime achievement award to honor two pioneering black women journalists. The “Dunnigan-Payne Award” will be given to the families of the late White House reporters Alice Dunnigan and Ethel Payne. Dunnigan, a reporter for the Associated Negro Press, was the first African-American woman to receive White House credentials. Payne, a reporter for the Chicago Defender joined her a few years later and became known as the “first lady of the black press” and a reporter who asked the tough questions.

The 101-year-old tradition allows all generations of journalists to foster relationships with each other.

“I have a mentee that I met at the White House Correspondents’ Dinner,” Alcindor says. “The event is truly more than just a dinner party.”

Welker agrees, saying that while the dinner is glamorous and exciting, audiences miss the focus on mentoring and supporting the next generation of journalists. She participated in pre-dinner panels with young aspiring journalists. Although both champion mentorship, for Welker, one of his favorite parts of the night is the award presentations.

Since 1991, fellowships have been awarded to students and young journalists who represent the profession and highlight the importance of fighting for First Amendment freedoms. According to the WHCA, it has “awarded more than $1.5 million in scholarships and mobilized an additional $1.25 million in aid.” In 2021, University Scholarship winners attended 12 different universities and received a total of $105,900.

“Every year when we give scholarships to young, aspiring journalists, when the president attends, I think it shows our hearts,” Welker said. “For this position to be truly a symbol for other countries, we are here to promote journalism, to promote freedom of expression here in this country and in the world by supporting young journalists.”